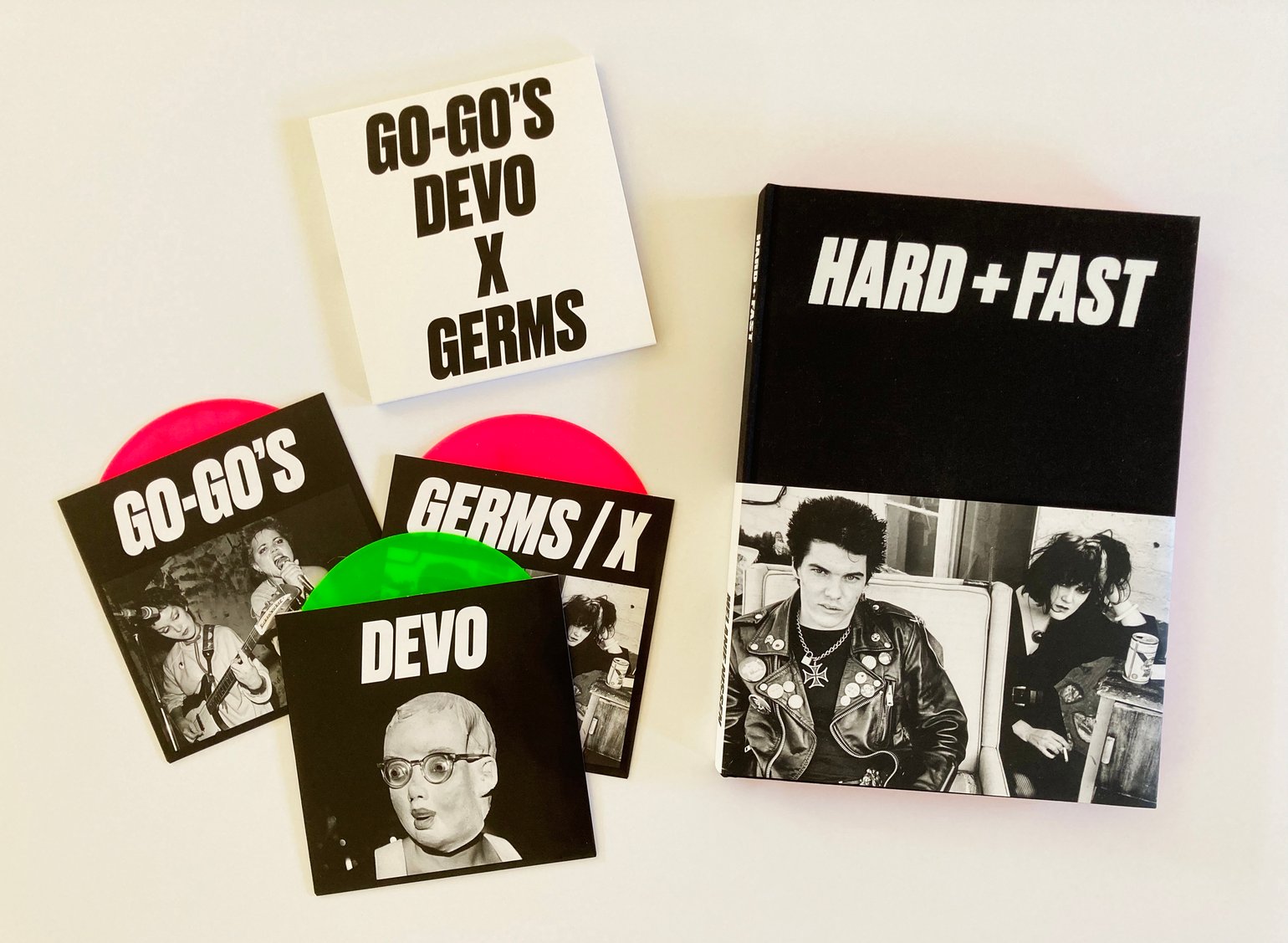 Melanie Nissen was the co-founder and photographer of the legendary Los Angeles magazine, Slash.

Between 1977-1980 she photographed the Los Angeles punk scene. Taking photos of the fans, the bands and the scene around her.

These images are from a box in the garage and are all that’s left of a larger body of work.

Hard + Fast is a photography book, some previously published in Slash Magazine and some never seen before.

"Misfits! Musicians!! The Summer Of Hate!!! Melanie Nissen brings the Los Angeles punk scene of 1977-1980 (RIP) back to life in a visual tour".
- Pat Smear, guitarist of The Germs.

London Boys, a very early tune that didn’t make it to the studio is recorded live at a suburban Los Angeles high school on the Beauty & The Beat tour and the flip from the Greek Theatre, also in Los Angeles in 1984.